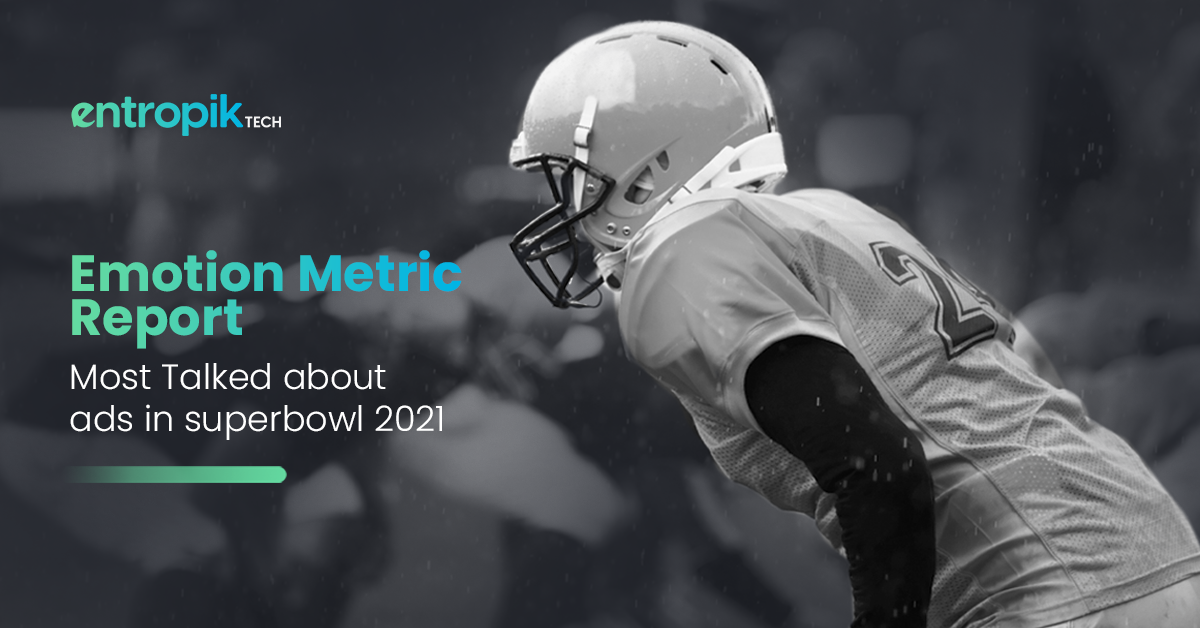 A few laughs, tears, a pair of good puns sum up the Super Bowl commercials this year. From Michael B Jordan’s steamy appearance as Amazon’s Alexa to Mila Kunis and Ashton Kutcher’s couple feud over Cheetos, viewers were awed by the astonishing range of advertisements.
Entropik deploys its Emotion AI solution Affect Lab to decode customer responses, engagement, attention, and overall efficacy for the Super Bowl ad analysis.

Let us explore the hits and misses from Super Bowl LV commercials in 2021:

Amazon is known for dropping exciting commercials, and this year’s Super Bowl LV was no different. The 60-second spot, featuring Michael B Jordan as their smart assistant Alexa, recorded 20.7M views on Twitter, 77.7M on YouTube, and nearly 12.3M on Facebook, in hours within the launch. “Alexa’s Body” includes a woman who fantasizes about Alexa personified by her celebrity crush Michael B Jordan.

Entropik Emotion AI report indicates that Affect Lab picked positive emotions when the ad shows how Alexa can function smoothly in the real world and perform nearly every task. Besides, the spot records a greater attention and engagement score of 64.13 and 29.58, respectively.

The mood is set well with the music, and viewers across platforms are jamming to it. AffectLab’s Emotion AI-backed report depicts that the creative draws substantial interest and records an attention and engagement score of 64.28 and 28.81. The high attention level can be attributed to the star cast on the screen.

With an AL score of 42.76, the commercial garners attention and engagement levels of 63.92 and 28.2. Entropik uses facial coding and eye-tracking technologies to decipher the unstated feelings consumers undergo while watching the advertisement.

Bud Light Seltzer turned lemons into lemonades, quite literally, while picking up the most relatable theme of the past year.  With over five million views on YouTube, the 60-second spot includes a group of friends reflecting on their lives after the pandemic struck. The commercial recreates people celebrating significant moments as it started raining lemons in 2020.

The voiceover closes off the commercial with a fitting message for the NFL viewers, “after a lemon of a year,” Bud Light Seltzer provides the lemonade flavor. As per Entropik’s emotion recognition insights, the ad garnered the second-highest Affect Lab score of 42.72. The spot recorded a solid attention and engagement scores of 64.04 and 29.08, which illustrates its relatability element. The higher negative emotions can be attributed to the flashback and the paranoia surrounding 2020.

M&M’s Super Bowl commercial ‘Come Together’ suggests that a bag of M&Ms can take away all your troubles. The 30-second spot, a perfect blend of creativity, animated characters, celebrity appearances, and humor, also features the Schitt’s Creek superstar, Dan Levy. The brand presents itself as the best way to apologize.

AffectLab explores what caught the viewer’s attention, how engaged audiences were to the commercial, and how long they maintained continuous attention. The insights indicate excellent attention of 63.98 due to the high visual appeal from the animated character. Besides, the spot bagged an engagement and AL score of 27.83 and 42.38, respectively.

The 60-second spot from Doritos, featuring Matthew McConaughey as the #FlatMatthew, has garnered over 13M views on YouTube. The commercial follows #FlatMatthew as he interacts with his friend, a dog, a barista, a Roomba, and even a talk-show with a special joint-appearance from Jimmy Kimmel and Mindy Kaling. “I Want to Break Free” from Queen blasts as the soundtrack, and #FlatMatthew joins the 3D world.

Insights from the Affect Lab’s emotion recognition analysis depict a high attention score of 63.92 and an average engagement level of 26.53. There is not much fluctuation of emotions throughout the ad, but at the 45th sec when the Doritos packs appear, the attention level peaks.

The Emotion AI-assisted insights from Entropik’s Affect Lab depict great attention but average engagement levels at 63.51 and 27.72, respectively. Here, the attention score indicates the visual appeal of the creative. Besides, the commercial lands an AL score of 41.81.

Procter & Gamble uses an exciting approach by enlisting Seinfeld-star Jason Alexander and his dozens of facial expressions for their 60-second Super Bowl commercial. The spot shows what happens when a hoodie isn’t washed correctly while advertising Tide’s “hygienic clean” extension. “It’s dirtier than it looks,” a tagline appears on-screen to sum up the ad.

According to the data-driven insights from Entropik’s Emotion AI solution, the ad garners an AL score of 41.58. Affect Lab also analyzed the viewer’s responses to several emotion metrics like happiness, sadness, surprise, contempt, anger, and disgust to establish attention and engagement, respectively, at 63.29 and 27.6.

Dexcom makes it into the Super Bowl this year with a 30-second spot featuring musician Nick Jonas and a promise to deliver a futuristic glucose monitoring solution. The commercial, airing post-first-quarter, promotes Dexcom G6 CGM, a diabetes management system operable on the phone. Despite sparking some buzz on social media, the ad doesn’t bring something exciting but conveys its message with utmost clarity.

Affect Lab provides a better look inside the viewer’s mind. With an attention level of 63.86 and an engagement score of 25.68, the commercial records an AL score of 41.05. The lower engagement can be attributed to low relatability and comprehension of the ad.

The 30-second spot, titled “Get Your Stream on with the Disney Bundle,” is packed with visuals from popular shows and movies, including WandaVision, Soul, The Mandalorian, Peyton’s Places, and more. The commercial promotes an exclusive offering combining the likes of Hulu, Disney+, and ESPN+.

Despite a busy ad film, it doesn’t capture viewers’ emotions as well. Affect Lab’s emotion-driven insights depict an attention score of 63.45 and a run-of-the-mill engagement level of 24.89. The Affect Lab score remains at 40.76.

From strong creatives to lost opportunities, every Super Bowl presents a wide range of commercials. Besides, despite the pandemic-era budgets, shifted workplaces, weary consumers, and whatnot, the Super Bowl LV spots in 2021 delivered creativity, hope, laughs, and some tears here and there.
It was interesting to observe that Amazon’s Alexa Ad and Cheetos’s foot-tapping ad featuring celebs ranked the same when it comes to Affect Lab score. But when it comes to the Engagement score Amazon’s Alexa Ad has recorded more than Cheetos. So we ranked Amazon Ad at the top to call out the final ranking as it is more emotionally engaging among the audience when compared to Cheetos.
Irrespective of the day and age, the verdict remains the same: emotion is the key to unlocking marketing effectiveness and exceptional creative efficacy. That’s where Emotion AI-powered insights from Entropik’s proprietary Emotion AI platform, Affect Lab, can help identify and interpret consumer emotions in a flash. You can also find our exclusive Emotion Metric Report published on Business Insider. Business Insider is a leading finance and business news website based in the US. 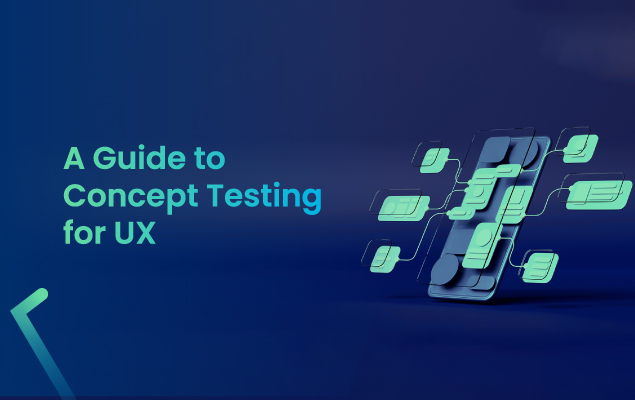