Coca-Cola and Christmas go hand in hand. Through decades of classical conditioning, Coca-Cola has successfully achieved imprinting our minds with their Christmas-themed adverts. In 1931, it became the first company to launch a marketing campaign for Christmas with Santa.

With some strategic brand building and a depiction of Santa Claus dressed in Coca-Cola’s distinctive brand colours, it didn’t take long for cultures worldwide to accept Coca-Cola’s interpretation of Father Christmas.

Over the years, Coca-Cola has built a brand voice based on ‘selling happiness’. When you purchase a can of Coke, you buy into a universal idea and a promise of a joyful experience. This is why Coca-Cola Christmas ads work. They connect with their audience at an emotional level by leveraging a season of cheer and joy.

Coca-Cola has tightly held onto this brand message but does it make sense in 2022? We conducted a study to know how effective Coca-Cola Christmas Ads are. After all, the proof is in the pudding and not hearsay. So let’s dive in!

Deck the Halls with Emotional Marketing

Every Coca-Cola marketing campaign uses a strategic selection of words and images to invoke feelings of happiness among customers. Be it Coke’s “Hug Me” and “Share a Feeling” campaigns or the portrayal of Santa Claus as a rosy-cheeked, round-bellied man, every marketing message taps into decades of warm and fuzzy feelings. Coca-Cola has successfully made customers feel that Coke is less of a brand and more of an old friend.

After all, Coke’s USP is not producing a fizzy beverage but providing a ‘joyful’ experience. With changes in market dynamics and consumer behavior, it is essential to revamp marketing initiatives. Coca-Cola has tightly held onto its brand message of spreading joy and happiness since its first ad in 1931. But is it time for them to rethink their strategy? Let’s find out!

We at Entropik Tech chose 5 popular Coca-Cola Christmas Ads to dig deep into the minds of 80 Coca-Cola customers aged between 15 to 57 years belonging to the US, UK, Canada.

This study was conducted using a survey combined with Facial Coding and Eye Tracking for getting reliable and accurate results. The insights were also compared to Benchmark scores for evaluating ad performance against competitor ads in the beverage industry. The 70s saw the emergence of Coca-Cola’s most iconic ‘Hill Top Ad’. The Christmas version was aired in 1977, where teenagers sang “I’d like to buy the world a Coke” in this reunion ad.

Analysis: The Hill Top Christmas Ad received a lukewarm response from customers from all age groups.

Attention: The Ad was visually appealing. The idea of people coming together for Christmas invoked high noticeability and attention.

Engagement: The Ad is low on comprehension. The younger group of respondents could not relate to the screenplay leading to a dip in engagement towards the end. However, at the beginning of the ad, where people were holding candles, depicted a sense of togetherness, leading to high engagement levels across all age groups. 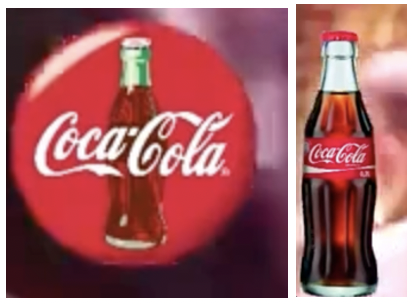 One of the first Coca-Cola Christmas Truck ads televised in 1995, shows Santa raising his Coca-Cola bottle in a holiday toast. Also known as ‘Christmas Caravans’, these Christmas Trucks were illuminated with special effects by the world-famous Industrial Light and Magic. Attention: The Ad has a high visual appeal. This is because Christmas Caravans have attractive lights with the brand name clearly visible.

Engagement: Comprehension was higher in the age group 42-57 years compared to the younger generations. Analysis: This Ad was found to be confusing, and it lacked visual appeal. Due to the presence of multiple characters, the audience could not relate to the storyline.

Attention: Even though the ad scores slightly higher than the benchmark, it fails to create an impact for the age groups between 15- 41 years.

Engagement: The story only appeals to the age group of 42-57 years. But for the younger generations, the ad lacks seamless comprehension.

Emotions: The ad is less appealing to the younger generations, making it considerably less likeable. The correlation between the globe and the person in the moving trolley was found to be confusing and not relatable. This led to higher negative emotions compared to the benchmark. This ad showcases the comeback of Coca-Cola’s iconic Polar Bears. Coca-Cola, in this animated story, promotes values like family and harmony on Christmas Eve. Analysis: The Christmas Rules Ad received a positive response owing to the animation involved and the characterization of the Polar bears in a familial context.

Attention: The ad depicts penguins and polar bears celebrating Christmas, talking to their family through the tab, and hence is visually appealing across cohorts.

Engagement: This Ad was easy to understand for all age groups. The animation helped them absorb the message and story better. The scenes depicting the celebratory mood and festivities are also relevant.

This Ad was ranked as one of the top adverts of the Christmas season in 2020 by Kantar. It showcases a father’s mission and struggles to deliver his daughter’s Christmas list to Santa.

Analysis: The way this ad tries to communicate a father’s struggle was found to be visually appealing to the respondents. However, the older generation resonated more with the story than the younger generations.

Attention: All age groups except the 15-25 years age group found the ad to be relatable. The reason could be the various moments shown where a father is trying to reach his daughter.

Engagement: The overall ad is low on comprehension; the various frames and struggles of a father who goes through different terrains to reach the letter to Santa are confusing. Also, the ad is lengthy causing the engagement levels to dip.

From this analysis, we see a certain pattern emerging among the different segments of customers. Years of research and following Coca-Cola’s Christmas campaigns have shown us that focusing on emotion is key to driving long-term demand. In an attempt to hold onto this core market strategy, has Coca-Cola neglected a certain segment of its audience? Christmas is here, and so is holiday advertising. Should brands focus on more relevant content or continue to weave emotional stories? Let’s learn what works and why.

The Proof is in the Pudding- Logic or Emotions?

The consumer mindset is continuously evolving. This can be seen in how the respondents felt while watching various Coca-Cola Christmas Ads through the years. Even though Coca-Cola is about spreading happiness, is it time for it to spread relevance? Coca-Cola has slowly been editing itself out of its own Christmas campaigns to make its ads more about storytelling. But is it the right choice?

In this section, we will segment the audience into three groups and try to understand their emotions and expectations.

Group 1: Respondents aged between 15 to 25 years

This age group does not relate much to ads based solely on familial and traditional context.

For this age group, a logical sequence of events and a relatable storyline matter more than the emotions the story tries to invoke.

Group 2: Respondents aged between 26 to 41 years

Group 3: Respondents aged between 42 to 57 years

With this brief analysis, we see that the up-and-coming generation looks for a relatable story with a logical sequence of events. With Coca-Cola admitting that 30% of its ads are not as effective as it wants, it’s time they take a step back and re-evaluate their core strategy.

Adam Palenicek, the Senior Director of Human Insights at Coca-Cola, feels that they are “missing a trick” in ad optimisation. Even though they test around 170 ads yearly, they still hold firmly onto emotional marketing. With the 3rd year of the “Holidays are Coming” Ad, it’s time Coca-Cola moves past just forming “human connections” and instead tells a compelling, relatable story.

Not to sound like a Scrooge, but by focusing on nostalgia and using emotions as a safety net, Coca-Cola is in a challenging field of competitors. The brand needs to find a voice that resonates with the younger generations. The key is to understand the audience and continuously work towards creating something unique like it did in 1931.

This is not just a lesson for Coca-Cola but all brands that rely on emotional marketing solely. Christmas is not just about the festive mood or spreading holiday cheer. Holiday advertising has ample space to reinvent the wheel and go for better ways to promote the brand and the product.

Brands like Coca-Cola have created waves in the marketing space. By seizing the Christmas Spirit and branding Santa in its iconic colors, Coca-Cola has shown us who the Boss is. But it’s 2022, not 1931. The Coca-Cola brand is the same but not its consumers.

Christmas is integral to Coca-Cola’s identity, but it’s time to re-evaluate old marketing strategies. Emotions play an essential role in our purchase decisions, but logic, ease of comprehension and relevance are the driving factors in today’s time.

Tanvi can usually be found anxiously treading the office floor to get her content reviewed, here at Entropik. When not absorbed by researching and writing, she loves to read, go for a swim, play badminton, paint, and otherwise spend too much time bingeing on the Office and cuddling her German Shepherd, Whiskey. An absolute foodie, she would love to cook and bake for you and even give you the best dessert suggestions in the office. 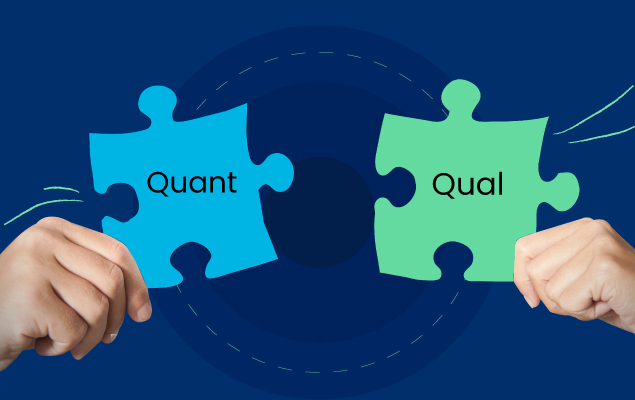 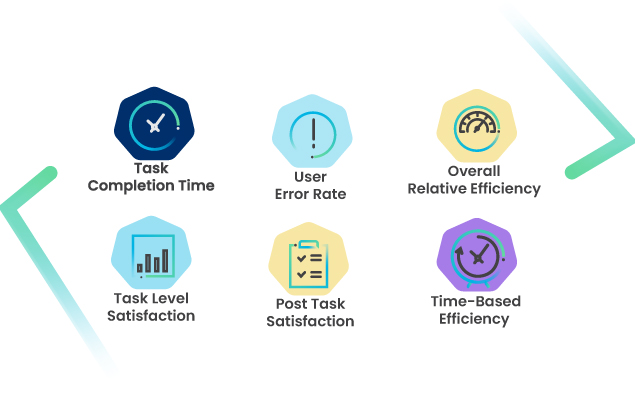 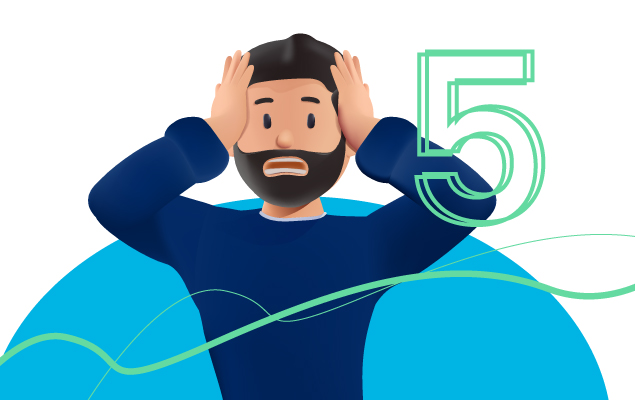 How to Handle the Choice Conundrum in OTT with UX Research

Enter details in the demo form and we will get back to you as soon as possible.